StreetFire.net goes behind the scenes of our record-breaking weekend at Redline's 2010 time attack season opener at Buttonwillow. [...]
Read More... | Share

Any time attack fanboi worth his salt can tell you that the car to beat, the mack daddy, who's your daddy, big daddy is the HKS CT230R JDM Mitsubishi Lancer Evolution. The car, driven by Nobuteru "No One Better" Taniguchi, has been wrecking clocks all over Japan owning tuning car records at all of the top tracks, most notably the Tsukuba circuit. At this, the World's most legendary time [...]
Read More... | Share 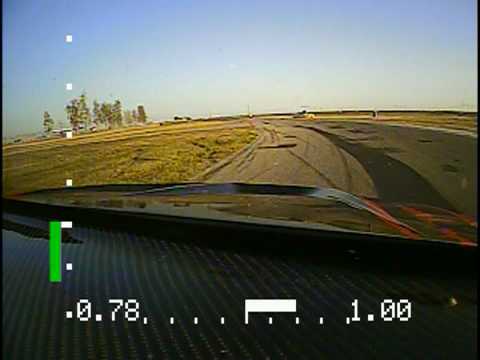 This is actually a shot of Emp on the first out of the day at the 2010 Redline Time Attack season opener and it became the lap that wasn't recorded because the RFID tag was mounted on the rear window at an angle and couldn't be read. Timed frame by frame the 1:43.2 is there on Hankook DOT C91 DOT R-compound tires no less.[...]
Read More... | Share 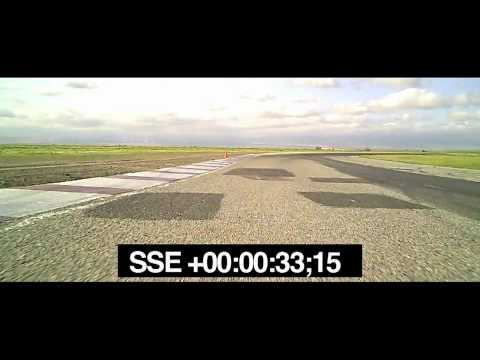 As you may have heard or read, the Sierra Sierra EVO 8 Time Attack car beat the long standing HKS CT230R's record of 1:43.523 set back in November 2007. The record breaking occured this past weekend at Redline Time Attack's first event of 2010 (and first event under new ownership) at Buttonwillow Raceway using the 13 clockwise track configuration. Excerpted from MotoIQ - http://[...]
Read More... | Share 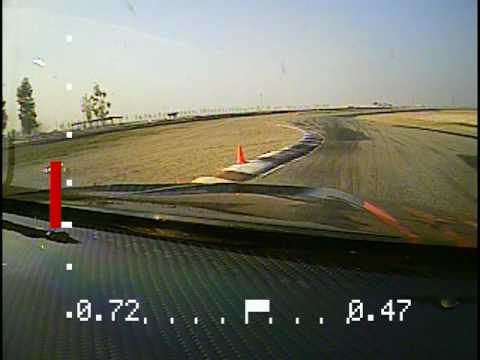 Last week I went testing with the Sierra Sierra team to test out a bunch of new stuff on the EVO 8 at Buttonwillor Raceway. Some of these new modifications include revised front suspension geometry, stiffer spring combo, larger Garrett T04 turbo, Full-Race twin scroll exhaust manifold, larger exhaust, and a pair of larger custom Cosworth cams. Did it all work? So far so good. I t[...]
Read More... | Share

WAYNE, N.J. Nov. 17, 2009 - For the second year in a row when the smoke cleared from the Super Lap Battle Finals a Hankook driver was on top of the podium with a cold glass of champagne in hand. On Wednesday, Nov. 11, 51 well prepared cars took to the track for the Super Lap Battle Finals at Buttonwillow Raceway Park in Buttonwillow, Calif. Many of the entries came straight from the SEMA Show a[...]
Read More... | Share

What happens when a multi-million dollar racing operation leaves the Formula Atlantic series to campaign a production car in time attack? They build a serious car backed by an experienced team that puts the veterans of time-attack series to the test. Sierra-Sierra Enterprises (SSE) out of Minden, Nevada, won the Formula Atlantic Championship in 2007. In 2008, the split between the Formula Atlan[...]
Read More... | Share

I was at Buttonwillow Raceway the last couple of days for the Super Lap Battle invitational Time Attack event. Super Lap is organized by the guys at Source Interlink who publish Super Street, Import Tuner, and Modified Magazine. Elliot and the Souce Interlink crew threw a pretty good event that was on schedule throughout the day. Unfortunately there was no free lunch this year like in previous yea[...]
Read More... | Share 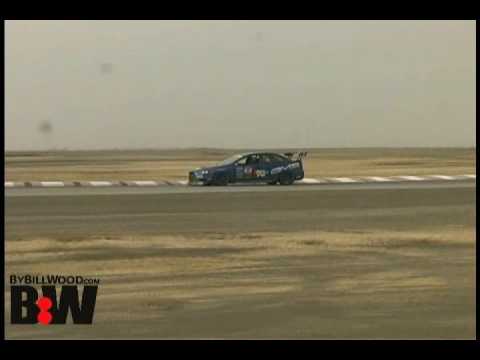 ByBillWood.com's video on our successful switch from Formula Atlantic to Time Attack with a win at the 2009 Super Lap Battle finale. From ByBillWood.com[...]
Read More... | Share

I remember why I don't play roulette much in vegas any more (see yesterday's post). You never know what's going to happen sometimes. The Sierra Sierra EVO 8 had a rear differential mount failure in the first time attack session on Sunday that prevented Bomarito from completing a timed lap. The car was running solid all day Saturday and even cranked out a 1:01.3 in a Sunday morning practi[...]
Read More... | Share