Are you from Tennessee? We rolled into to Nashville to check out round four of the Redline Time Attack. The stage was set for a big battle between two very different Mitsubishi Lancer Evolutions : the Evo 8 of Sierra Sierra Enterprises and the AMS Performance Evo X. We'll bring you a full video on StreetFire.net later on the week and I'll have a more complete blog entry with more stories from [...]
Read More... | Share

I like it out here in Tennessee. The people are nicer than in LA (I'm not too friendly myself but nodbody's perfect) and the landscape is super green everywhere which makes for a much nicer drive than say a drive to Buttonwillow in California where it's nothing but brown nothingness. Its crazy to see younger guys with import cars talking about JDM this and Buddy Club that in a southern dra[...]
Read More... | Share

A couple weeks ago I drove up to Buttonwillow to meet up with Sierra Sierra for a couple days of testing. What a lot of people forget is that the SSE EVO 8 is still a new car. Already the SSE EVO is being compared to some of the fastest, more highly developed cars, but its only competed in only one time attack and has only been on the track three times in it's life. So while the guys at SSE bu[...]
Read More... | Share 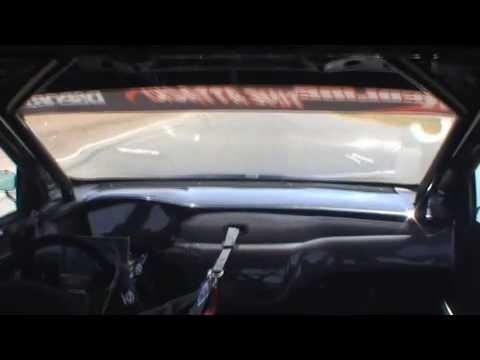 This is mostly for the track nerds since it is only an in car video. This was at Round 2 of Redline Time Attack at Willow Springs (5/30/09) with Jonathon Bomarito at the wheel. You can see the car still has plenty left on the table with the suspension being as rough as it is. Also note that the engine is basically cruising. The car hasn't run at max boost yet, either, but it's th[...]
Read More... | Share

I just got back home from a weekend of roasting at Willow Springs Raceway big track performing track support duties for the Sierra Sierra Enterprises EVO 8. The Redline boys threw another successful track day and time attack event. Once again I saw an increased number of spectators, but unfortunately not many girls. I think the chicks are more down for Fontana due to it's closer proximity to L[...]
Read More... | Share

I mentioned previously that I was working with the crew at Sierra Sierra Enterprises (SSE) and their Time Attack EVO 8. SSE may be new to the time attack scene, but they have been racing and winning for years in Star Mazda and Formula Atlantic. They have taken a hiatus from open wheel racing at the moment, but decided to build a time attack EVO 8 in house from the ground up. Dennis, the owner of S[...]
Read More... | Share